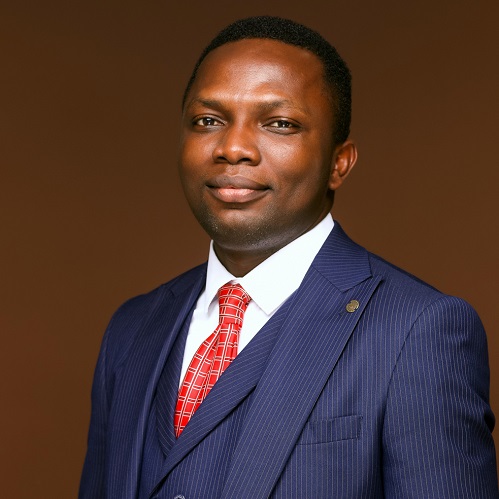 Sam Adeleke is the Group Head, Products, at Resource Intermediaries Limited (RIL). A business leader with marketing expertise, Sam has garnered more than 10 years of experience in e-commerce, insurance, media, outsourcing, travel and tourism sectors. He is a Recipient of the Ooni of Ife Royal Leadership Awards 2020. 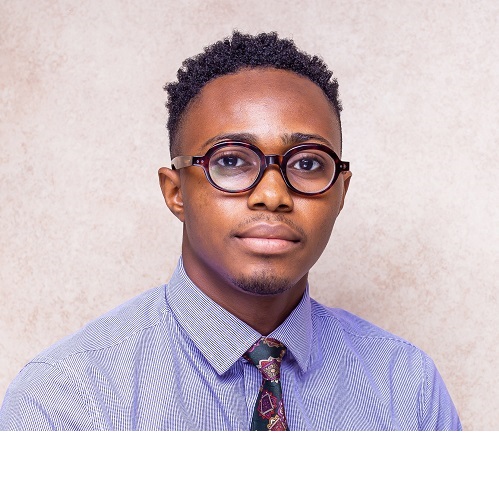 UTILISING SOCIAL MEDIA AS A TOOL FOR BUSINESS/STARTUP GROWTH

Mohammed Ibrahim Jega is an accomplished highly-organized Project Manager and Business Developer with an 18+ years of experience. He is also a Serial Tech Entrepreneur, Startup Advisor/Mentor, Fintech Expert, Blockchain Advocate, International Partner World Business Angel Investment Forum (WBAF), an Official member at Forbes Business Council and Director at silicon Valley based Founder Institute. He is a Director at Vogue Pay, an online payment processing company and also a Director at Vpd.money a challenger bank. He is the Chief Marketing Officer at mAcademy, an e-learning platform with the vision to get quality and affordable learning at the fingertips of every Nigerian. Founder of Startup Arewa, a platform designed to build a sustainable northern tech ecosystem and unlock the potential of the Region.

Idris Ayodeji Bello is a Founding Partner at LoftyInc Capital Management, owners of the early stage Entrepreneurs Fund (I&II), and co-founder of The Wennovation Hub, an innovation platform based in Nigeria, that has successfully accelerated the launch of several technology start-ups in social impact sectors. As a leader, Idris has mentored and catalyzed scores of contributors across the growing African landscape and is an angel investor and advisor to several African startups including Andela, Flutterwave, RelianceHMO, Trella, Chefaa, among others. Idris spent the greater part of a decade working at Chevron Corporation and ExxonMobil USA, where he led several large upstream technology projects across the USA and Sub-Saharan Africa. Idris has also worked with the Clinton Foundation Health Access Initiative where he played a major role in the deployment and evaluation of Swaziland’s first mobile health patient appointment reminder system as part of the country’s National AIDS Program.

UTILISING SOCIAL MEDIA AS A TOOL FOR BUSINESS/STARTUP GROWTH.

Bolaji Ajibare, popularly known as TheSocialMediaOga and Bolaji Billions, is a major stakeholder in Nigeria’s social media marketing sphere and a force-to-reckon-with when it comes to social media management and influencing on the global digital stage. She currently serves as the Head of Communications for The Pastors Seeds Family Worldwide, A body of RCCG Pastors and Ministers children where she controls what goes out on all their social media platforms with a 20 man Team.

Tolulope Makinwa is an award winning and global culture shaper working at the intersection of social works and business across Africa. She oversees the operations at Tolu Makinwa Limited Company and also the founder of a social startup called Muazu Africa where she democratizes access and opportunities for early-stage female-led social enterprises in Nigeria, Ghana and Rwanda.

Joel Ogunsola is a partner and CEO at Prunedge – an enterprise technology solutions company focused on delivering software, data and AI, cybersecurity, and IoT solutions for enterprise organizations across Africa. He is passionate about the convergence of innovation and sustainable development, social entrepreneurship, arts, and an ardent golfe

UTILISING SOCIAL MEDIA AS A TOOL FOR BUSINESS/STARTUP GROWTH.

Rahaman Abiola is an award-winning fact-checking, digital and development journalist with a track record of modern editorial practice including a demonstrated history of social media and large newsroom management.

He is the Head of News (Business, Human Interest & Diaspora) at LEGIT.ng, Nigeria's biggest digital media and 2nd Facebook publisher in the world.

SA to the Governor on ICT

SA to the Governor on ICT

Dayo is a seasoned Executive-Level entrepreneur with a passion to help customers harness value in areas of Technology Management, R&D and Business Development. His experience has enforced measurable stakeholder value through the strategic implementation of relationship building and project execution methodologies in IT. Dayo has worked in the Telecom industry for over 30 years with global leaders such as Lucent Technologies, Nortel Networks, CitiBank, Acme packet (now Oracle), Aicent and Syniverse Technologies.

Julius Ilori is the Founder and CEO of Learners corner Education Tech Hub. Learners corner works to promote inclusion in the education space through the use of Technology and also empowering teachers with tools to create change in the classsroom. Learners corner offer technical support to schools, Government ministries and Private institutions. Julius Was the former State coordinator for the YALI network in lagos state. He is an Assiocate member of Institute of Strategic management, Nigeria. He also a certified project manager from London training center. Julius Features on Television continental, channels Tv and Arise TV on conversations around eduction tech and Youth development .

Oluwajoba Oloba is a Lawyer by training with around 15 years’ experience working with entrepreneurs and founders. His prior entrepreneurial journey spans several sectors including technology, education, legal migration, and research.

Lanre Ogundipe is the Co founder and CEO of Pave. A cross-border / International Education platform and ecosystem that helps students search and apply to over 4000 degree programs, internships, exchange programs, Student loans, scholarships and career opportunities in over 27 Countries around the world. He is the also the Founder and President of Imperial EdTech (Formerly know as Imperial Educational services) an Education, Technology and workforce development firm founded in 2010 that provides technology infrastructure to Schools, Government and Businesses. He is the managing Partner and Board member of the Global Air Drone Academy. He also sits on the Nucleus board of STEAM UP Lagos.

Would you like to showcase your product/startup? Exhibit Your Startup